Rings of the 20th and 21st centuries 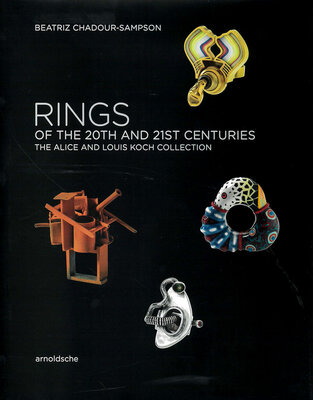 The foundations of Alice and Louis Koch’s ring collection were laid four generations ago by a jeweller from Frankfurt am Main. Over the last twenty-five years, the family has continued collecting and extended the holdings by adding rings from the 20th and 21st centuries. The publication by the jewellery historian Beatriz Chadour-Sampson presents for the first time the collection of rings created after 1900 held by the Swiss National Museum. The impressive and multifaceted collection contains works by jewellers from across the globe.

In 1898, the National Museum in Zurich, the largest cultural historical museum in Switzerland, opened to the public. The architectural guide takes readers through the turbulent history of the museum’s founding years, details Gustav Gull’s architecture and the museum’s original furnishing, and describes the recent refurbishment and extension by Christ & Gantenbein. An exposition of the redevelopment concept and a tour of the new wing provide insight into the new and renovated rooms and reveal the many references between new and old. The publication is available in English.

Indiennes - Material for a thousand stories 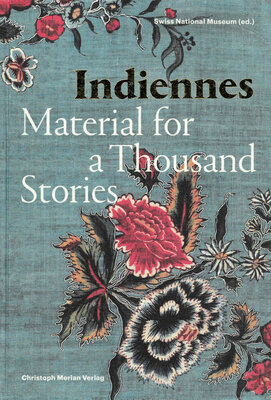 Indiennes are printed and painted cotton fabrics that came from India to Europe in the 16th century. They were soon imitated by French and Swiss companies. In the 17th and 18th centuries, an unprecedented enthusiasm for these colourful fabrics gripped all of Europe, influencing society, business and fashion for almost two centuries. In knowledgably written texts and rich images, fascinating stories are told: of how Swiss companies helped to shape the profitable indienne industry; of how the firm Volkart Brothers built up a trade empire in 19th-century India, which simultaneously drew Basel missionaries to the subcontinent; and of how Gandhi’s struggle for independence in the 20th century was conveyed to the world by a Swiss photographer in pictures featuring a simple cotton fabric, khadi, which would become their protagonist.

What does Switzerland eat? 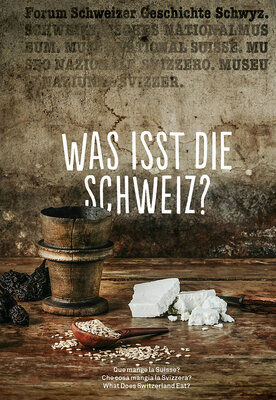 This volume contains expert contributions on the subject of culinary culture. Dominik Flammer, a specialist on the history of nutrition, writes about the history of Swiss cheese. Paul Imhof, author of the “Culinary Heritage of Switzerland”, devotes a chapter to the rise and fall of the pig as a source of food. Rudolf Trefzer, best known from his radio programme “À point”, looks at the development of the cookbook through the last six hundred years, while Daniel Di Falco sketches the history of the use of cutlery and the development of table manners since the 14th century.

Europe in the renaissance 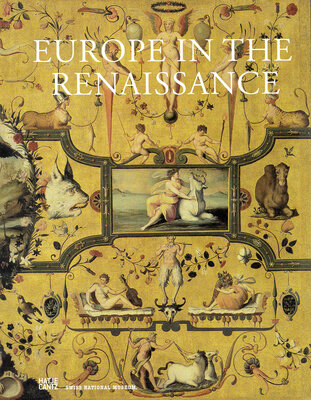 The Renaissance experienced some of the most important advances in human history: the invention of the printing press using movable letters, the discovery of an unknown continent, and the formulation of a new view of the earth. It was a time when people sought to solve the riddles of nature, experimented with alchemy, set out to develop a new medical science, conceived a new vision of humankind, and created beauty in the form of pictures and architecture, sculpture and literature. All these discoveries and creations would have been unimaginable without cultural exchange. The Renaissance was an era of dialogue and new horizons in thinking over great distances and time.

Based on numerous examples—works of art, instruments, and objects of everyday life—this publication invites readers to trace the various paths of transference. Renowned authors take us to antiquity and the Orient, to Italy and through half of Europe."

The tie: a global history

The Steinkirk. The Jabot. The Lavallière. The necktie has been worn many different ways throughout the centuries, but there is still no better symbol of a man’s sartorial sophistication. This small detail can pull together the components of an outfit while also speaking volumes about the wearer’s sense of personal style. And, just as the preferred embodiment of the tie has shifted over time, so too has what it signifies.

The Tie: A Global History takes readers through the necktie’s long history, from the seventeenth century through to the present day, when it has enjoyed renewed popularity thanks to the keen eyes of street style photographers and the well-turned out characters of the popular television series Mad Men. Today, as at the pinnacle of its popularity in the 1950s, the modern “long tie” calls to mind for most the working professional, but the tie’s history has included forays into womenswear and even rock and roll. Consistent throughout the popular accessory’s past is the predominance of Switzerland as a source of both designers and silks in trade, and the book documents the tradition of Swiss quality and style, drawing on the vast archives of the Swiss National Museum in Zürich, the home of an accompanying exhibition. 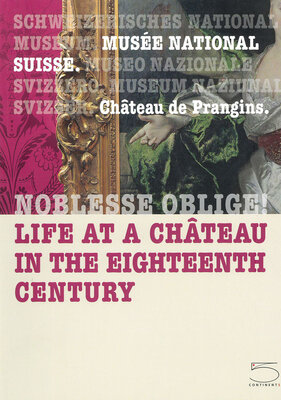 This volume not only deals with topics of cultural history and craftsmanship along with autobiographical writings, it also provides insight into the extensive collection of objects from the 18th century held by the Swiss National Museum. The château’s splendid rooms, which were restored with the aid of Baron Louis François Guiguer’s diary and inventory list, give readers an impression of the way of life of a nobleman and his family before the outbreak of the French Revolution.

Switzerland in the making 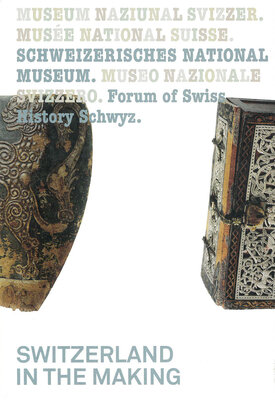 This richly illustrated volume to accompany the permanent exhibition at the Forum of Swiss History Schwyz focuses on the beginnings of Switzerland from the 12th to the 14th century. Renowned historians explain the conditions that led to the foundation of the old Swiss Confederacy from a European perspective. It includes, among others, subjects such as chancelleries and communes, trade fairs and markets, as well as feuds and battles – explained by qualified experts in short and easily comprehensible texts.

The 150-year anniversary of the discovery of the “lake dwellings” on Swiss lakes in 2004 served as the occasion for the temporary exhibition “Die Pfahlbauer / The Lake-Dwellers” at the Swiss National Museum and the international symposium “WES'04 Wetland Economies and Societies”. The volume brings together 34 scientific contributions on major topics of wetland archaeology, including research history, climate, ecology and economy, settlements and territories, conservation and museum displays. Text in English, German, French and Italian.

The Journal of Swiss Archaeology and Art History (ZAK) has been in publication since 1939, as the successor to the ‘Anzeiger für Schweizerische Altertumskunde’ (Swiss archaeological gazette) founded in 1868. Issues are published quarterly. The lavishly illustrated magazine publishes significant specialist articles on the archaeology of Switzerland and the history of Swiss art and culture. Attention is also given to art history pieces of a general nature and articles on new methods in technologies relating to art and restoration. Separate issues covering specific subject areas alternate with this sort of mixed content. There is regular discussion of new releases from the relevant literature. ZAK is one of the leading professional journals in its field.

* plus postage costs (depending on weight and shipping method)

What are you looking for?